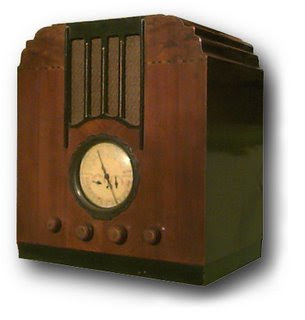 People write and ask me for tips on writing stories.
I often will share my strategy of telling the story -- before you even write it.

I called my brother, Paul, this week and left a "story message" on his voice-mail. I was driving along and the story began flashing in my head. In the message, I pulled the ideas from my head and crafted them into sentences "on the fly." I guess, if you can make the story idea make sense in a 4 minute message, you probably have something on your hands. This technique is handy. I was able to get Paul to bounce the message back to me.

What might have been an "idea flash" that vaoprized among all the incoming stimuli of the day, became instead - a little radio show. The only images were the ones my words attempted to conjure in Paul's head. If you're a fan of old radio shows or books-on-tape, you'll attest to the fact that good stories can survive on words alone.

Once you have a story written down, go "test-drive" it with a group. Hearing the story told aloud is very instructive. If you're aiming at the story being a picture book, resist the tempation to show images. Try it first with spoken words only. Later on, you can always exchange some or all of the words with art or photos.

Good luck tuning into your own internal radio station. The one that broadcasts your inner stories.

When you're ready - share them with the world.
Posted by Peter H. Reynolds at 9:53 PM

Great idea, Peter! Love the concept! Makes me want to run out and get a little hand-held tape recorder to have on hand!