Here in NYC for the SURTEX show and Stationery Show.
I made a few new pieces to hang in the booth. Here is one... 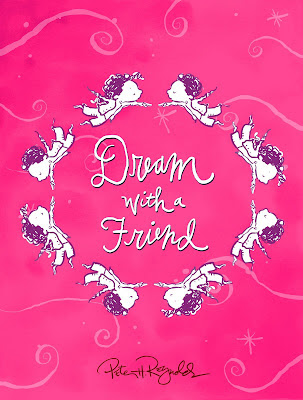 Posted by Peter H. Reynolds at 9:31 PM No comments:

Connecting the dots.... super-creative Linda Ragsdale made a nice mention of my books, The Dot and Ish! It is wonderful when like-minded folk resonate with the mission of the books and use the stories in creative ways. Check out the mention below - but also explore her site, her own books and terrific ideas designed to inspire!

http://www.lindaragsdale.com/teachers-pet.aspx
Posted by Peter H. Reynolds at 9:27 PM No comments:

Robert Rauschenberg has left for the Great Gallery in the Sky this week. He was daring and bold. I love this quote from him... "I feel as though the world is a friendly boy walking along in the sun."
Posted by Peter H. Reynolds at 9:11 PM No comments: 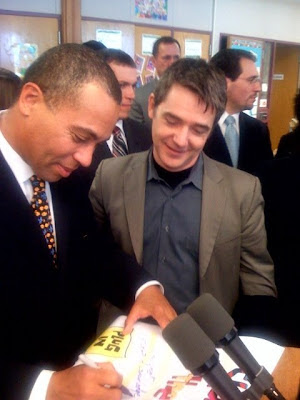 Gov. Patrick asked me to wave the design wand over his civic engagement poster for children.  We signed copies of the poster for the children at Greenlodge School in Dedham.
Posted by Peter H. Reynolds at 9:54 PM No comments:

I am over the finish line with the Free to Be You and Me project. I worked through the night and tumbled into bed exhausted. When  I woke up it was the morning after a storm. Quiet. Calm.
Posted by Peter H. Reynolds at 9:45 PM No comments:

My twin brother, Paul, and I were the hosts of our hometown spelling bee in Chelmsford, MA. Also known locally as "Chemzfid." It was a joy to be back in our hometown. We grew up there - from 1st grade to 12th. Old Skip's Ice cream and Lounge which crouches on Route 110, we learned tonight, was slated to be demolished to make way for a strip mall. Sigh.

ANYWAY.... the night was a grand success - raising much-needed funds for school kids in Chelmsford. (What a world it would be if public schools funded the "investment" in our future properly and saved us all from school fundraisers!)

ANYWAY..... We rattled off a bunch of words for the teams at the Bee. One of the words caught my ear. Fun to say and the meaning, as it turns out, quite ishfully resonates with me.

"Idioglossia refers to an idiosyncratic language, one invented and spoken by only one or a very few people. Most often, idioglossia refers to the private languages of young children, especially twins. It is also known as cryptophasia, and commonly referred to as twin talk or twin speech.

Children who are exposed to multiple languages from birth are also inclined to create idioglossias, but these languages usually disappear at a relatively early age, giving way to use of one or both of the languages introduced."

I can not help but see the parallel between the loss of "private language" and the "drying up" of "artifidence." Art confidence. The abandonment of original marks, original song and dance, original expression.

What if we allowed children to keep developing "private languages?"

Would they perhaps better understand the mysteries of the universe? Would they know a vocabulary into a better future. A future which demands delicate nuance and sensitive prose?

We have, as a society, managed to do one thing QUITE well - to trample on the originality.

I'll end for tonight with that word: Idioglossia. It is fun to say, and I like the general notion of it, but it worries me that it sounds like "idiot" as if to say that freedom of thought and expression might result in the diagnose of brain mis-function.
Posted by Peter H. Reynolds at 10:03 PM 2 comments:

My new animation program for kids (and grown up kids!)

Well, my dream has come true! For years I have been teaching animation, but the tools were a bit daunting to those I tempted to give it a whirl. My pals at ToonBoom in Montreal teamed up with my company FableVision to create Animation-ish. If you have read my book, "ish"(Candlewick Press), you'll understand why we dubbed it ishfully. Check out http://www.animationish.com for the full scoop.  I am hoping that schools will see that animation is a way for kids to express what they know across the curriculum. Animation and art do not belong in a "box." They should not be relegated to an hour on Tuesdays and Thursdays. Creative tools belong at the fingertips of teachers and educators all day long.
Posted by Peter H. Reynolds at 11:47 PM No comments: 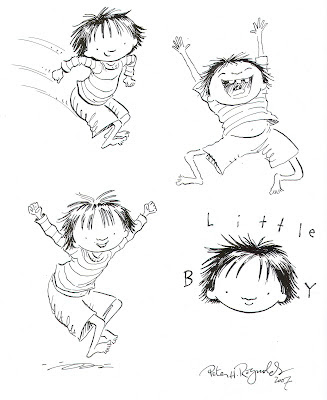 The "companion book" to our NY Times Best Selling "Someday" is now on the shelves. Alison McGhee wrote it and I inked and watercolored it. These images are some of the ideas for the cover of the book. The one on the lower left was the direction we went. I like all these images. Especially the "wild and crazy boy" image!
Posted by Peter H. Reynolds at 11:39 PM No comments:

Free to Be You and Me 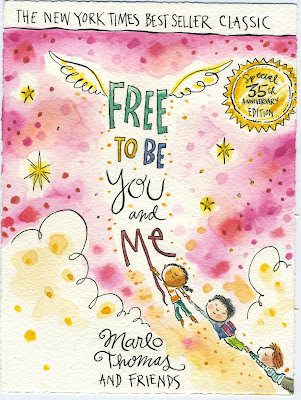 I'm busy working with Marlo Thomas and Carole Hart on the 35th anniversary edition of Free to Be! Quite an honor. The book is a classic with messages as important and powerful as the day it was published. My team at FableVision is helping me craft the book - building on the work done by Running Press. Samantha Oliver is our new art director. She is incredibly talented and a delight to work with - as is Erika Welch, our FV producer on the project. Here is the cover I inked and watercolored.
Posted by Peter H. Reynolds at 11:30 PM 2 comments:

Labels: Carole Hart, Free to Be You and Me, Marlo Thomas, Running Press

A salute to one of my best friends - the talented, tireless Maribeth Bush. She constructed  my site about my children's books - - http://www.peterhreynolds.com. She has her hands full with her own work, but she manages to keep my site alive and well.
Posted by Peter H. Reynolds at 11:26 PM 1 comment:

My Journal on My Creative Output 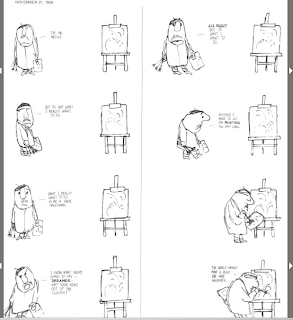 I've started jotting a few notes before I drift off to sleep to get me reviewing how much progress I made on my creative projects. I have several book contracts currently - yet another Judy Moody book, a book about a goat named Huck, my collaboration with Jess Brallier called "Tess's Tree." But I also have loads of stories in progress... and loads of ideas that have come to me as I go through my days. I have roughly estimated that I have 300 stories in my "vault." I realized that if I don't start speeding up the process that I'll never finish before I go to that Great Creativity Camp in the Sky.
Posted by Peter H. Reynolds at 10:58 PM 2 comments:

The Cafe is now open