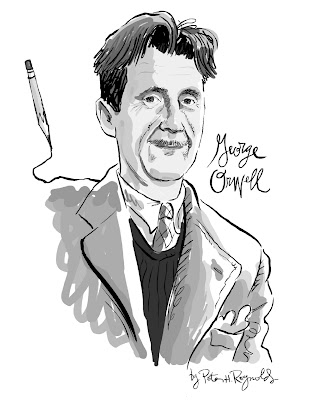 I'll take a guess that the year was 1972 when my sister, Jane, shared an essay she had just read as part of a High School English class at Chelmsford High. It was by George Orwell. This essay on simplicity was, aptly, short. My eleven year old brain immediately felt a bolt of energy. I remember, to this day, where I was when I read it. I was in my bedroom, sitting at the desk which was tucked into the closet whose door was removed to make way for our "study center" in the room I shared with my twin brother, Paul.

Mr. Orwell's advice made a lot of sense to my visual-thinking brain. I didn't memorize his words or make a pledge to follow his "rules," but it did encourage me and validate my hunch that I was going in the right direction.

Less can be more.

Pictures can do a lot of heavy-lifting.

Words used in just the right measure can help simply get the point across. If you have no point to make, go into the garden and plant Morning Glory. An idea worth sharing may come.

This Orwellian-inspired thinking has traveled with me all my life and has helped my own story-crafting journey.

Here's a nice, even simpler (ironically) recap of the essay from Pickthebrain.com. George Orwell’s 5 Rules for Effective Writing 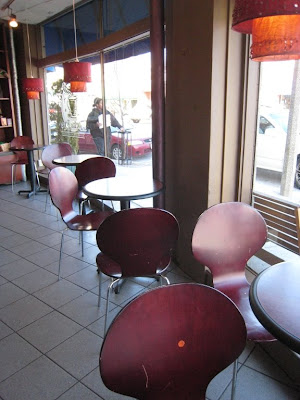 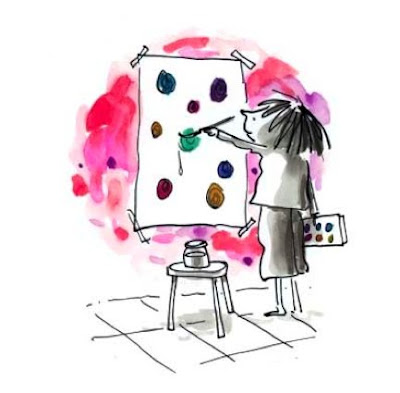